Design Goal: To script melee and ranged combat from scratch for third-person gameplay.

Description: Melee combat involves Alyx constantly swinging a crowbar in front of her, dealing damage to objects in front of her and knocking back enemies.  Ranged combat involves Alyx aiming a fire crossbow and shooting every 1.5 seconds, killing enemies.  Only one weapon is equipped at a time.  Alyx starts with just the crowbar and later picks up the fire crossbow.  While attacking, Alyx moves at a significantly slower rate.

Design Challenge: Since Half Life 2 was not designed to support third-person gameplay, combat was not as simple as assigning Alyx a weapon.  The Crossbow specifically, was only used by the player character in Half Life 2.  Therefore, all the functionality for the weapons had to be scripted.

For melee combat, two volumes are attached to the crowbar that only activate when the player is both using the crowbar and holding the attack button down.  One damages enemies and the other applies a knockback force.  Additionally, an attack animation is played and looped for Alyx when the crowbar is being used. 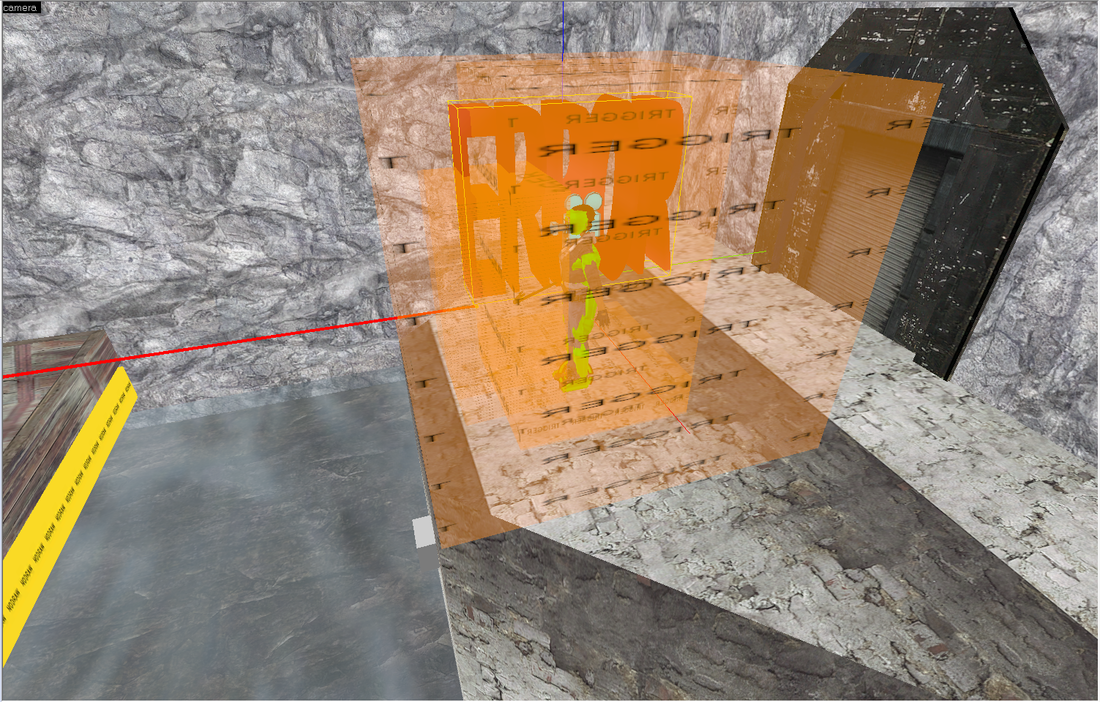 The collection of volumes and entities needed for the combat system.