Game Description:  Skyscrappers is a first person shooter that is unique in its knockback mechanics.  Players cannot die by taking damage; instead players can only die when they are shot off the skyscrapers upon which they fight.  Damage, however, is still a very important factor as it determines with what velocity a player is launched when hit by an enemy.  The objective of the game is to capture advertising space by seizing control points across the map.  Once a team has received enough advertising by controlling these points, the match immediately ends. 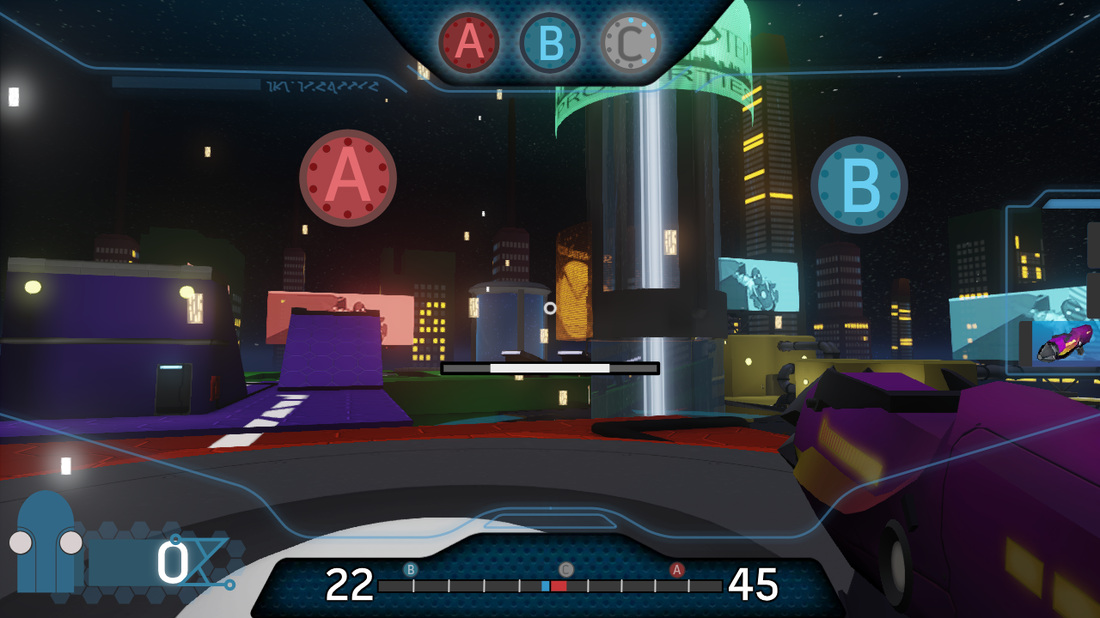 Unique Knockback Mechanics
One of the early player experience goals for Skyscrappers was for the game to be fun and lighthearted.  Because of this, we decided to ditch the typical paradigm of FPS combat and replaced it with one inspired by Super Smash Bros.  Instead of shooting to kill, players shoot each other in order to knock them off the the stage.  The more damage a character has, the faster they are flung when attacked.

A .gif of Yoshi knocking Link back in Super Smash Bros. Copyright Nintendo.

Quirky Weapons
There are three weapons that players can use in Skyscrappers: The Executioner, The Launcher and The Leash Gun.  The primary fire of each weapon exclusively applies damage, and thus cannot kill an enemy.  The alternate fire of each weapon applies an impulse to enemies hit by it.  Each alternate fire has a base knockback, which is the impulse applied regardless of the enemy's damage, and a scaling knockback, which is the impulse applied dependent on the enemy's damage.

The Executioner has the highest skill ceiling and as such has the highest potential usefulness of all the weapons.  However, it is the hardest weapon to hit enemies with, especially at close range.

The Launcher is a medium skill weapon that shoots projectiles that travel through the environment and collide with anything in their path.

The Leash Gun has the lowest skill ceiling and has the least obvious impact of the weapons, though it provides interesting play and counter play dynamics, particularly in its ability to damage enemies through the environment. 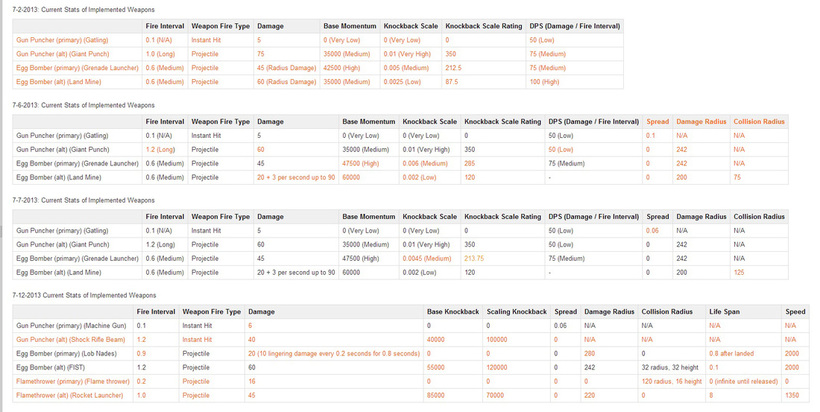 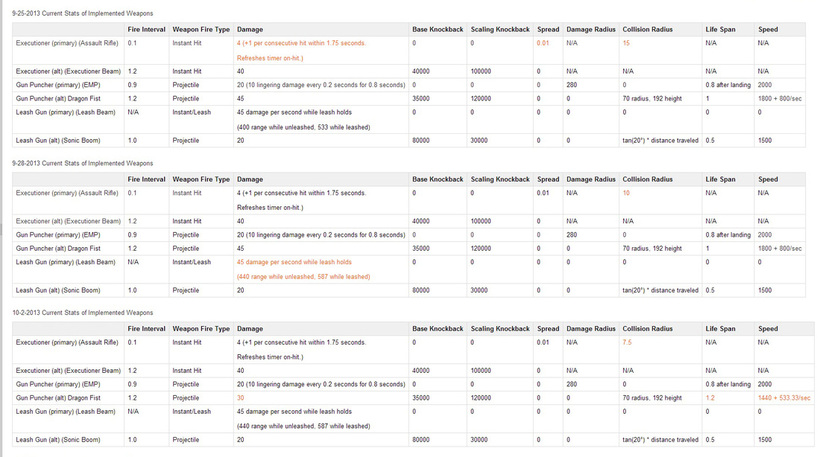 What Went Well
Communication:  I effectively communicated and articulated my weapons designs to the programmers and was able to quickly fine tune them to a polished level.
Game vision:  I constantly guided the game's design towards accessibility and fun for new players.
Picking up new tricks: I learned and eventually excelled at Unreal's Cascade editor for particle development without having any prior knowledge of it.

What Went Wrong
Level streaming:  I had early problems with level streaming and working on a map simultaneously with someone else which resulted in lost work.
Poor artistic vision:  As the developer with the initial game vision, I was unable to produce a quality artistic vision, so the art team was then tasked with it.  They too were unable to create one early on which resulted in lower quality and quantity of art early in the development.
Loss of team member: One of our team members who created some of the art for the particles was moved to another team.  However, I was able to re-use some of the assets and found creative ways of still producing quality particles.

What I Learned
Seeking help:  It's important to ask for help when you need it, even if it's something you ought to know.  It's better to be embarrassed for a short period of time than waste hours on a problem that should take minutes.
Saying what needs to be said:  Sometimes, uncomfortable things need to be said regarding the quality of the game if you truly have the best interests of the game at heart.  Such things have to be said in a compassionate manner, but it cannot be ignored.
Listening to the team: I effectively listened to the team, specifically what they were trying to say, and acted in a way to address their concerns.  This was an important lesson before I became game designer on my next project, Identity.